Korean Central Presbyterian Church (KCPC) is founded by Pastor Seung Gohn Kim and 13 other members. They hold their first worship service at the San Francisco YMCA.

KCPC purchases a building at 245 Duboce Avenue in San Francisco.

In an auction, a deacon acquires a building at 1859 Geary Boulevard in San Francisco. It is infamously known as the final church Jim Jones' cult inhabited. KCPC remains here at its new home for a little over 10 years.

A handful of mostly UC Berkeley students start a college group at KCPC.

The 1987 Loma Prieta earthquake causes irreparable structural damage. The city bans KCPC members from reentering the church, but they do so anyway against the orders of firemen and policemen. Eventually, the building is demolished in 1990. (Today, the San Francisco Post Office is located where the old church once stood.)

KCPC shares a building with a Jewish synagogue in San Francisco while searcing for a permanent home.

KCPC meets in San Francisco for a month at Wallenberg High School.

KCPC finds a new home at 50 Northridge Drive in Daly City, on a cliff overlooking the Pacific Ocean.

This particular date marks the anniversary of the first EM service. Various ministries within the English Ministry form and grow over the following years.

Pastor Dong Ha Lim steps down as head pastor in order to plant a church in the Sacramento area. After the search for a new head pastor, KCPC welcomes Pastor Jung Han Cho.

Due to the El Niño phenomenon, a perpendicular street in the neighborhood perched on the cliffside undergoes massive levels of erosion. The residents on this street are in danger of losing their homes to the erosion. Had the residents not been proactive in saving their homes, the houses would have fallen off the cliff. The city requests that KCPC loan soil to its neighbors so their homes might regain foundation. Under some pressure, KCPC complies with the intention of being able to move back in June 2000.

KCPC moves out due to the Avalon Canyon landslide.

Worship is moved to St. Emydius Church at 286 Ashton Avenue in San Francisco.

Daly City helps KCPC to find a worship space at 6154 Mission Street in Daly City, a former mortuary, as a temporary arrangement until the new building is completed in November 2003.

For the first time, College Group meets in a separate service from the Young Adult and Married Couples groups. The vision of each ministry is to cater to the specific needs of college students, young adults, and married couples, respectively. Pastor Eugene Noh leads the college group services while Pastor Ryan Kim leads the young adult and married couples ministries, also known as the English Ministry service.

KCPC finally returns to a new building in Daly City at 50 Northridge Drive.

Pastor Eugene Noh officially announces his departure after 17 years of attendance and 13 years of faithful service at KCPC.

Pastor In Kim joins the English Ministry pastoral staff as a Pastor Intern.

The North America Presbytery approves the English Ministry as a missions church.

The Korean Ministry unanimously approves the English Ministry as a church plant.

The congregation elects members for the Senior Pastor Search Committee.

The congregation installs Pastor Ben Kim as the Senior Pastor.

Pastor In Kim moved on from his pastoral internship to lead our Community Group and Discipleship ministries.

Christ Central rebrands their logo to: 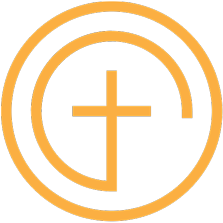